Oz the Great and Powerful on Blu Ray, DVD, Digital and On Demand June 11

Go Deeper Into the Spectacular Land of Oz

BURBANK, Calif. May 1, 2013 — Disney’s “Oz The Great and Powerful” will once again provide audiences with a magical entertainment experience when it debuts for in-home release on Blu-ray™ Combo Pack, DVD, Digital and On-Demand, June 11, 2013.

A must-own for any home entertainment collection, the Blu-ray Combo Pack (Blu-ray + DVD + Digital Copy) of “Oz The Great and Powerful” brings the epic adventure to life with its vibrantly colorful picture and sound, and boasts a sensational variety of never-before-seen bonus materials including: “The Magic of ‘Oz The Great and Powerful’ Second Screen Feature” that provides viewers with an immersive opportunity to journey into the fantastical lands of Oz; James Franco’s personal story of his journey to the land of Oz that is produced and directed by the Oscar® nominated star himself; Golden Globe® nominee Mila Kunis’ makeup metamorphosis which is hosted by Academy Award®-winning makeup artist Howard Berger; A back-stage journey through each of the visual effects process that brought China Girl to life including an interview with Joey King; and much more. Additionally, all Blu-ray and DVD products include a digital copy of the film allowing consumers to watch “Oz The Great and Powerful” at home, in their car, and/or anywhere they go. 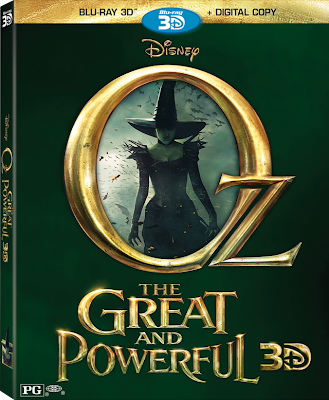 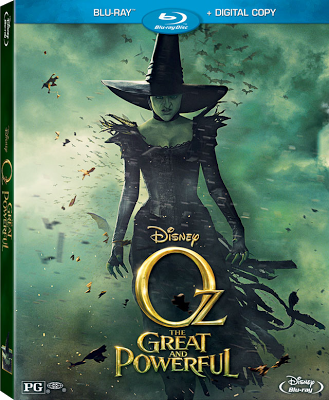 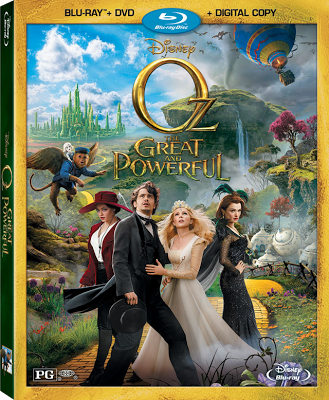 
The Enchanting Characters and Creatures of Oz - From Munchkins and Tinkers to good witches, bad witches, and flying baboons, this piece follows each character and creature of the Land of Oz from inspiration to final outcome.
The Sounds of Magical Oz - What adds fragility to the sounds of China Girl's footsteps; ferocity to the tornado; or weight to the flutter of Finley's flapping wings?
Sleight of Hand: Zach Braff Puppet Theater - Actor, and voice of Finley, Zach Braff introduces viewers to the Finley mockup.
Mariah Carey Music Video
Bloopers
My Journey in Oz by James Franco - A personal story produced and directed by James Franco.
Mr. Elfman’s Musical Concoctions - An interview with composer Danny Elfman unveils his inspiration in scoring “Oz The Great And Powerful.”
China Girl and the Suspension of Disbelief - This feature uncloaks the several forms of movie magic employed to bring China Girl to life, from the initial artwork and character design, to the on-set puppeteering during filmmaking, and finally, through each stage of the visual-effects process; and includes an interview with Joey King, the voice of China Girl.
Before Your Very Eyes: From Kansas to Oz - Production designer Robert Stromberg takes viewers through the set design of the Land of Oz, from sketching his original ideas on a napkin, through to the final set pieces and the accompanying visual effects.
Mila’s Metamorphosis - Lead makeup artist Howard Berger expands on one of the oldest, most tried-and-true forms of movie magic: makeup design and effects.
Walt Disney and the Road to Oz - It is well known that Walt Disney had a fascination with the Land of Oz since he was a child.  See how that fascination grew into inspiration as he began planning for his own adaptation of the stories in the classic Baum books. 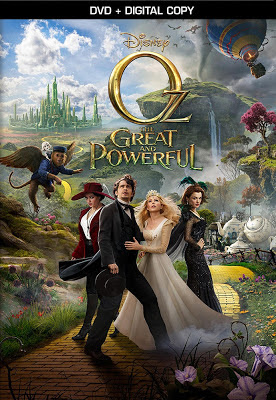