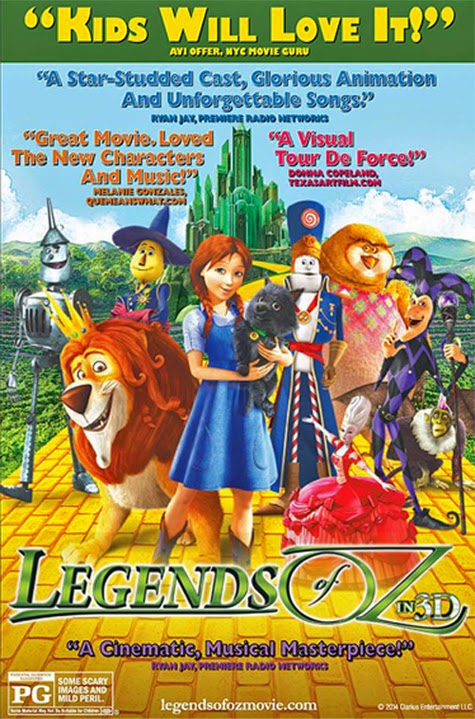 Goodness, where do I start?  In all honesty, I didn't know what to expect.   I only know what I had hoped for.  Legends of Oz exceeded my expectations.  I absolutely loved it.

The opening credits were really cool with the debris swirling through the tornado displaying the names of cast and crew.   The 3D was enjoyable but it didn't seem to make or break the movie.  Given the choice, I was happy to see it in 3D but I would have enjoyed it nonetheless.   Legends is beautifully animated. When the World, Even Then, and One Day are really good songs and the score is wonderful!!!

Legends picks up where The Wizard of Oz left off.  Dorothy is overwhelmed by the damage caused by the tornado.  It seem impossible to start over and anyway Dorothy & the townsfolk are forced from their homes by an unscrupulous character (harkening back to Elmira Gulch).   Nice MGM nod there. Dorothy's dilemma is very relatable to children.  How many children have wished to save their homes from whatever catastrophe has beset them?  Natural disaster, divorce, whatever.  Moving can be a very scary prospect for children.

Meanwhile the land of Oz is overtaken by an evil Jester and the situation has turned dire enough for Dorothy to be summoned back by her old friends.  Dorothy & Toto's journey via Rainbow Mover was another neat sequence.

There are some scenes of intense peril and I found the Jester to be more vicious than his predecessor, the Wicked Witch of the West.   Though, cinematically, I don't think he's as scary as the Witch.  Maybe because he's animated.

It's always nice to be reunited with old friends, but the new ones are very welcome additions.  Hugh Dancy was very endearing as the honorable, unexpectedly love struck Marshall Mallow. The romance between Marshall and the China Princess is very sweet.  Which brings me to Megan Hilty.  Megan is just a delight in anything she does and she just glows onscreen.  Her effervescence comes through in her voice.  Always.  Patrick Stewart again is someone who is awesome in anything he does. It really touched me that after all his work in the Sci-Fi genre, he made his first trip to Comic Con for Oz.   I was afraid Jim Belushi, Dan Aykroyd, Kelsey Grammer, Oliver Platt, and Martin Short would be too hammy.  They were fabulous!! Martin Short and Oliver Platt had more freedom playing original characters.   They were just right.  Belushi, Aykroyd, and Grammer made the characters their own without attempting to be caricatures of Bert Lahr, Ray Bolger, and Jack Haley.  I think, along with the rest of the cast, they paid homage.  I really feel everyone involved with Legends of Oz handled it with love and reverence.  Lea Michele had the most daunting job of all and bless her  heart she pulls it off with panache.  She came across as kind, sincere, and plucky. She was able to embody everything Dorothy should be and she sings beautifully.

And Toto..............this little guy is a JOY!!!  Instead of making him an accessory to Dorothy, the filmmakers infused him with SO much personality.  Being a huge Toto fan, I'm very happy with this portrayal. 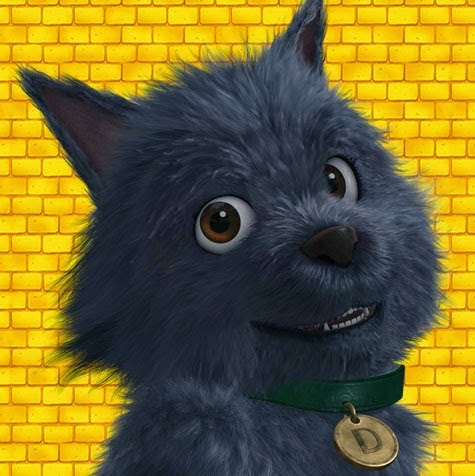 I loved the field mice and the wooden sawhorse.  I was waiting for Dorothy to address the hen at the beginng of the movie as Billina.  It never happenend!  That was a tiny letdown.  For those that don't know, the field  mice, wooden sawhorse,  and Billina were characters from L. Frank Baum's books.

Big kudos for keeping the movie family friendly.  I think this is a perfect introduction to Oz for people that think The Wizard of Oz or Oz the Great and Powerful may be too frightening for their little ones.  Best of all, there's no lame pop culture references that will be meaningless in 2 years, no swearing, no sexual innuendo, not even a whiff of flatulence.

Legends of Oz SHOULD NOT be compared to the MGM movie. The Wizard of Oz is in a class by itself.  There will never be another one, nor should there be.  There's nothing wrong with the old Oz, but a new Oz is okay too if expanded in a positive way.  The world of Oz is so vast and Legends of Oz touched on some of it beautifully.  People are really doing themselves (and Oz!!) a diservice by not embracing different interpreations with an open mind.  There's a great deal of wonder and magic left in Oz, if you'll let yourself feel it.

Variety's scathing review mentions we've seen the Candy Country in Wreck-It-Ralph.  Where exactly did Disney get the idea from? Roger Baum's book Dorothy of Oz featured the Candy Country in 1989.  His great-grandfather wrote of a candy country in Dot & Tot of Merryland published in 1901. Characters from that book appeared in The Road to Oz in 1910. Wreck-It-Ralph came out in 2012.  You do the math.  (Thanks Jay Davis!)

It's been a long and winding road for Legends of Oz from page to screen, but I found it to be totally worth the wait.   And it's definately worth seeing in theaters, but I can't wait for Legends of Oz to come to DVD so I can watch it again and again.

L. Frank Baum didn't live to see the glorious MGM movie brought to the screen.  It's fortunate that his great-grandson Roger Baum saw his charming book brought to life.  In my opinion, as something created by a Baum,  Legends of Oz should be supported on that merit alone though the movie has many wonderful qualities unto itself.  The world owes a debt of gratitude to L. Frank Baum, the least we can do is support his legacy.   We should all be grateful to Roger Baum, everyone involved with Legends of Oz, and anyone who is willing to carry on that legacy despite the criticisms they know they'll face. 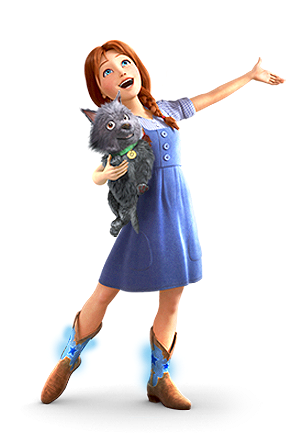 And I want to say a big hearty THANK YOU to Keepsakes of Oz, Madame Alexander, and Bandai for hanging in there through all the setbacks and producing some of the most darling merchandise.   The jewelry, collectibles, dolls and plush are all so very, very cute!!  It's sheer happiness to have momentos from such a lovely film. 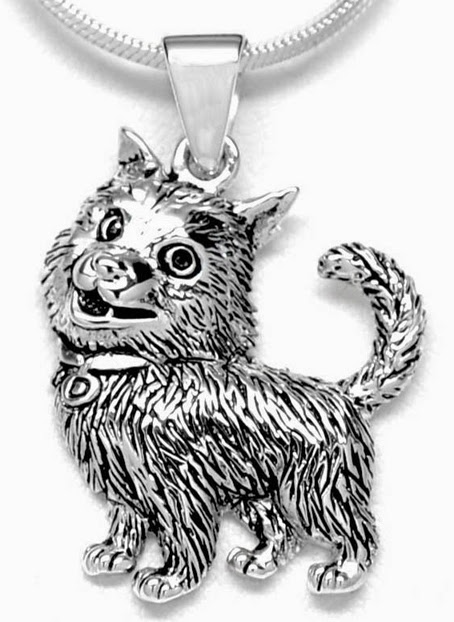 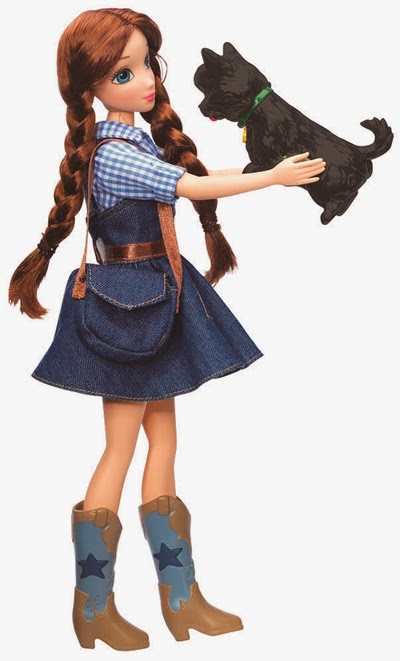 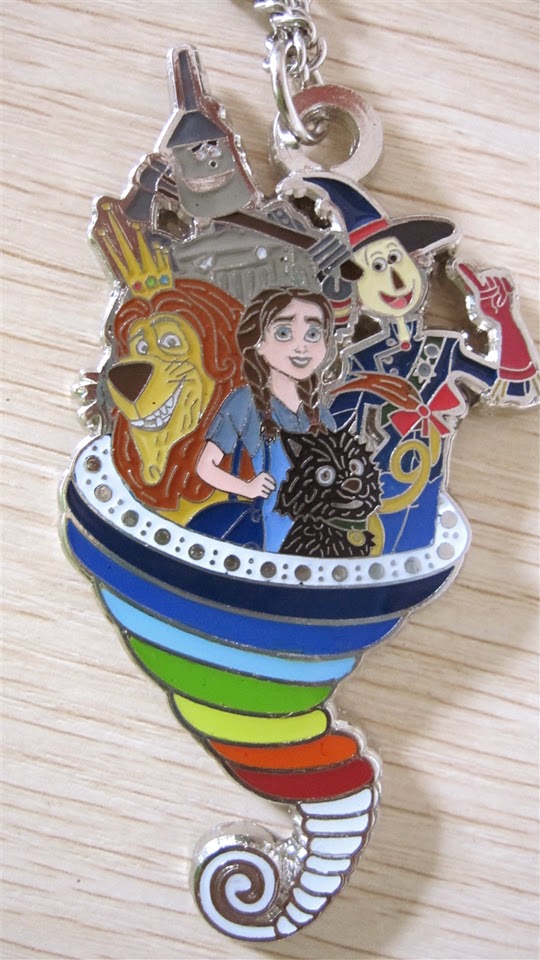 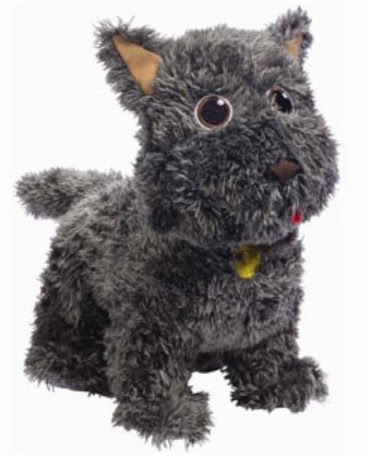 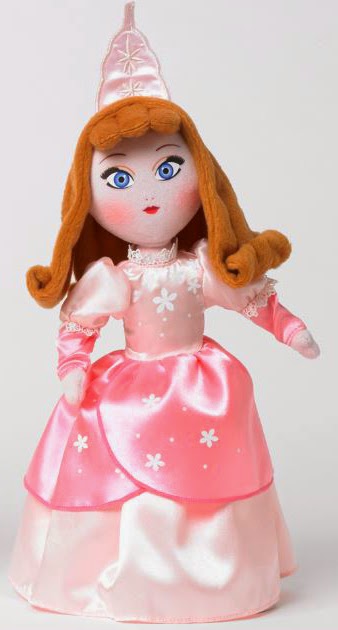 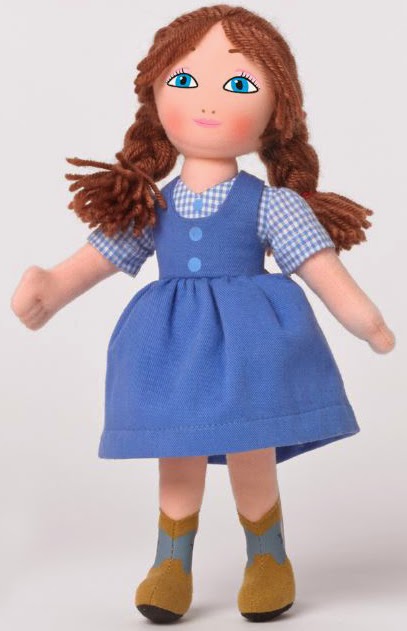 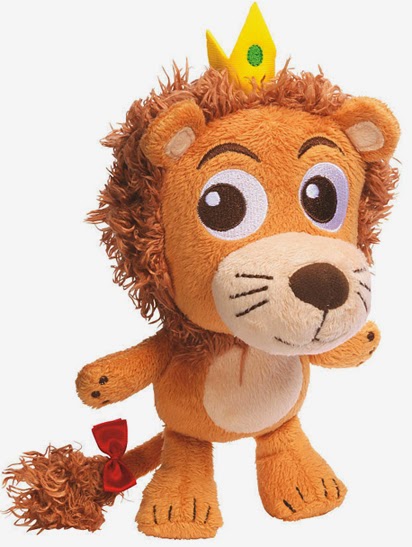 And thank you Ryan Jay for the use of your ad!!!
Please see his review and cast interviews below!