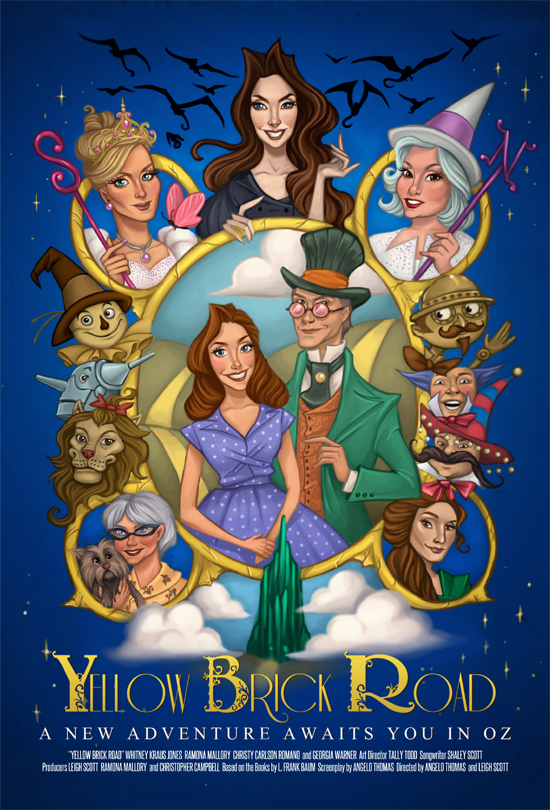 I do apologize for the lack of updates to this blog.  I have to admit I was disheartened in a BIG way over the failure of Legends of Oz.  I thought it was utterly precious and adorable.  I blame the investment scandal more than anything.  I think the wrong people got ticked off and were willing to lose a few bucks to see this sweet little movie tank and tank it did.  What a disservice they've done. Shame on them!  Anyway, for awhile I didn't even want to look at this blog.  But Oz will always persevere and Oz fans. being the intrepid little creatures we are, always believe hope springs eternal.  It is a new year with new days so we'll see what lies ahead. And in the spirit of L. Frank Baum, a new adventure awaits.  But they need your help!

A campaign is underway right now on indiegogo.com. Indiegogo is a crowdfunding website similar to Kickstarter.


"In Yellow Brick Road, the adult Dorothy Gale teams up with Oscar Diggs, the former Wizard of Oz, to face the mysterious Betsy Bobbin, who is tearing apart every corner of the land in search of the Silver Slippers. Our heroes will have to work with General Jinjur, the Scarecrow, the Tin Man, the Lion, and the Good Witches in order to uncover Betsy's motives and ultimately defeat her."

This film will be directed by Leigh Scott who should be familiar to Oz fans for the imaginative Witches of Oz and was written by Angelo Thomas who is a lifelong Oz fan/collector. So this is an endeavor by an Oz fan for Oz fans.

Any amount is greatly appreciated and there are several donation levels with benefits such as exclusive emails, posters, soundtrack, books, even tickets to the premiere.

Best of luck to Angelo and everyone involved with Yellow Brick Road!!